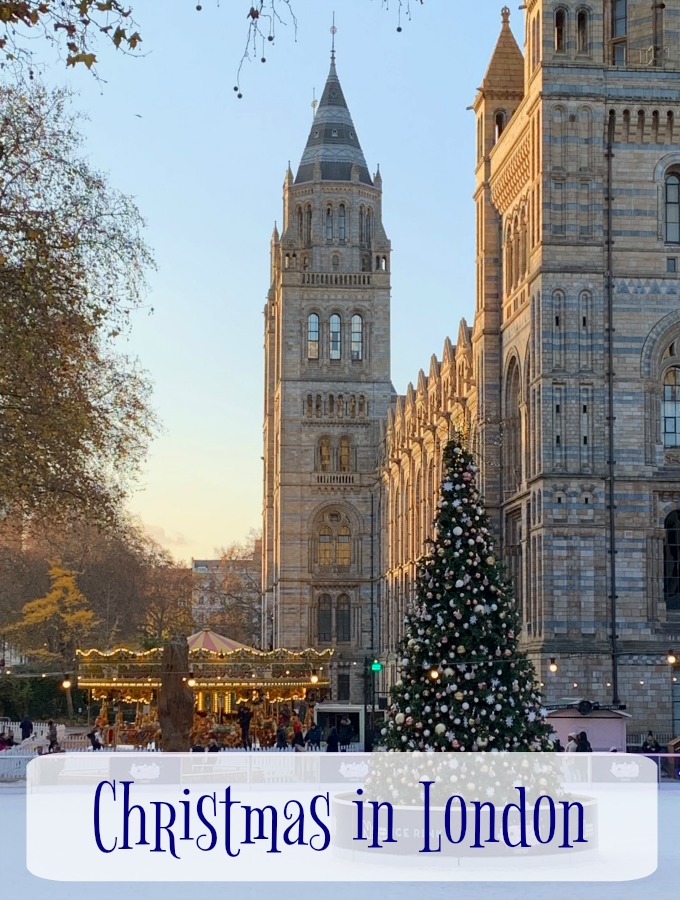 It’s no secret that my favorite time of year is November and December. Because I love Christmas! There is just something so magical about this time of year that puts a perpetual smile on my face. So when a $400 flight deal popped up from LA to Heathrow, I couldn’t pass up the deal. Because in the words of Jenny Colgan in Christmas at the Cupcake Cafe, “Christmas in London. Best in the world.” Here are is a look at my favorite things to do for Christmas in London.

As London is so far north, it is dark by 4:30p during December. This means there are quite a few hours for viewing Christmas lights. And Christmas at Kew is simply magical as the after dark trail lights up Kew Gardens. With Christmas music playing and mulled wine stops along the path, this is a must-visit during the holidays. There a variety of different light displays, food options (you can even toast marshmallows) and photo opportunities.

Know Before You Go: Tickets need to be purchased online ahead of time and sell out, so book your tickets early. I would recommend booking early in the evening if possible. I went at 5p, when the Gardens open, and when I left two hours later, the crowds were significantly larger. The Victoria Gate is easily reached via the District Line from the Kew Gardens station. As you’ll be strolling through the Botanical Gardens in the evening I’d also recommend throwing a set of these hand warmers in your pockets.

A Christmas Carol at the Old Vic

A Christmas Carol was written by Charles Dickens in London in 1843, so it only seems fitting to see A Christmas Carol while in London. And this production did not disappoint. The music was incredible, including a beautiful rendition of See Amid the Winter Snow. There was just the right touch of interaction with the audience and Christmas magic. If I lived in London, this would be an annual tradition!

Know Before You Go: The seating was not in a traditional arrangement due to the layout of the stage so just be aware when purchasing tickets. Before the show you can get a free mince pie from the production, which was quite tasty! If you have time earlier in the day, I’d recommend a visit to the Charles Dickens Museum to help set the stage for A Christmas Carol.

Westminster Abbey, as it exists today, was built in the 13th century and is a World Heritage Site. So while any trip to London should include a stop at Westminster Abbey, I believe your visit is made even better by attending a service. The candlelight Advent Liturgy was one of the most peaceful moments of my trip and during the hustle and bustle of the holidays I recommend taking a minute to stop and slow down.

Know Before You Go: You can begin queuing up around 2p and I do recommend arriving early in order to get a good seat. They opened the doors and began seating people at least a full hour before the service began so you won’t be waiting outside too long.

This is one of my favorite areas of London and Christmas takes it to a whole other level. It truly feels magical to wander around Covent Garden while it’s decorated for the holidays. Multiple Christmas trees, street performers, the London Transport Museum (one of my fave underrated London museums), and loads of yummy treats. Be ready for a number of photo spots and soak in all of the Christmas magic.

Know Before You Go: There’s no way to eat all the different treats you’ll encounter in Covent Garden, so just choose one or two! And if you arrive at Covent Garden via tube, before you opt to take the stairs out of the station, know that there are 193.

London residents and store owners alike know how to dress a door for Christmas! The displays are visually stunning and I imagine if you came back year after year, they would only get better. I saw so much fresh greenery and fun twists on the traditional reds and greens of Christmas decor. Truly, you could spend hours strolling through the streets of London (I average 10 miles a day) admiring the decor.

Know Before You Go: If you take a picture of every beautifully decorated door and window display in London you’ll be stopping for every other door. So if you want pictures of all the doors just know you’ll be stopping quite frequently. Otherwise just snap photos of the really outstanding doors.

As Jenny Colgan says in Christmas at the Cupcake Cafe, “London is not the place to be if you want to escape Christmas. It does the most wonderful Christmas in the world, and I want to be a part of it.” 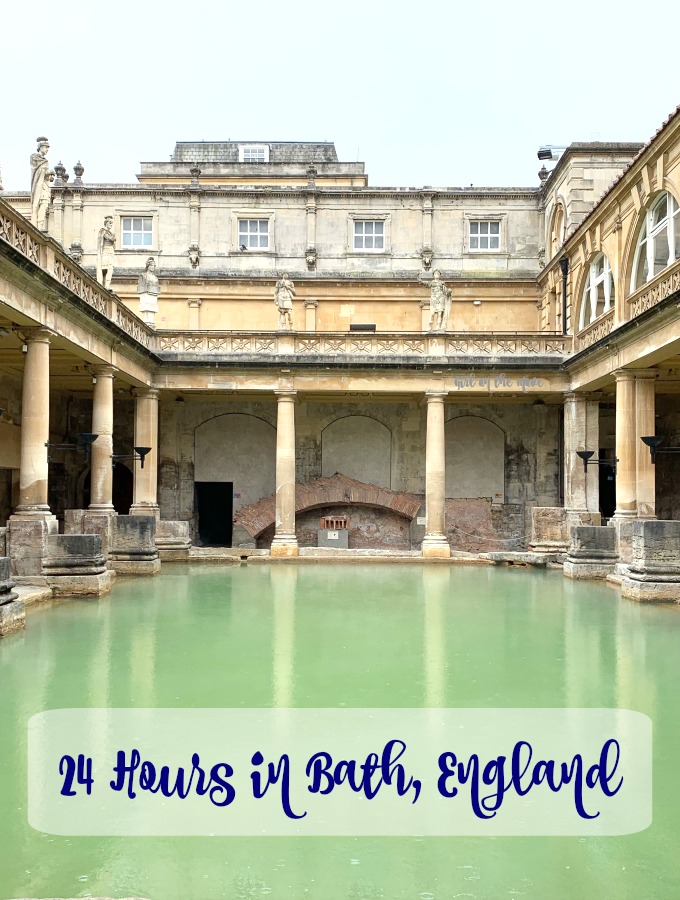 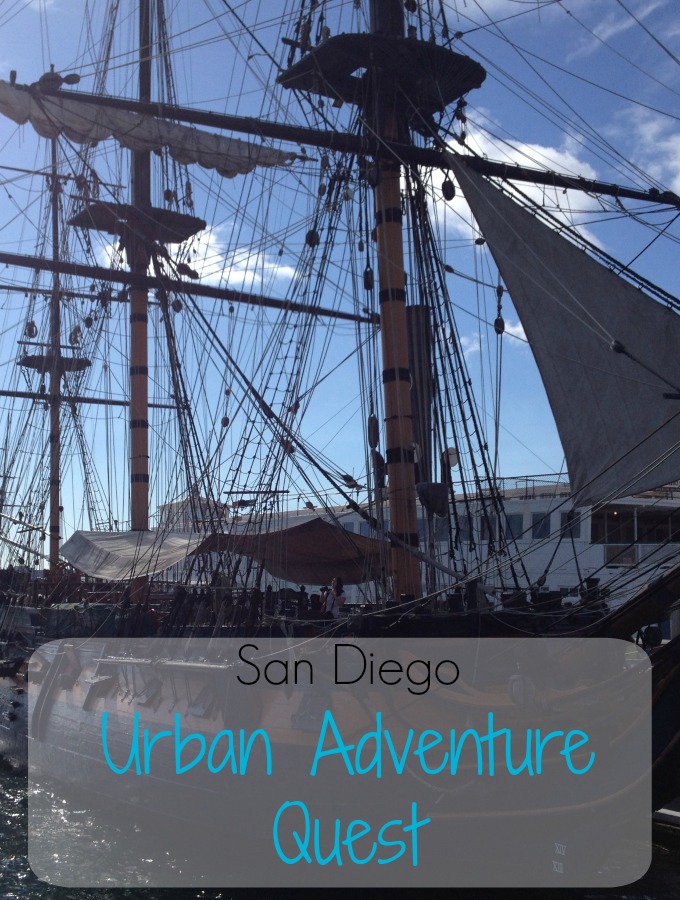 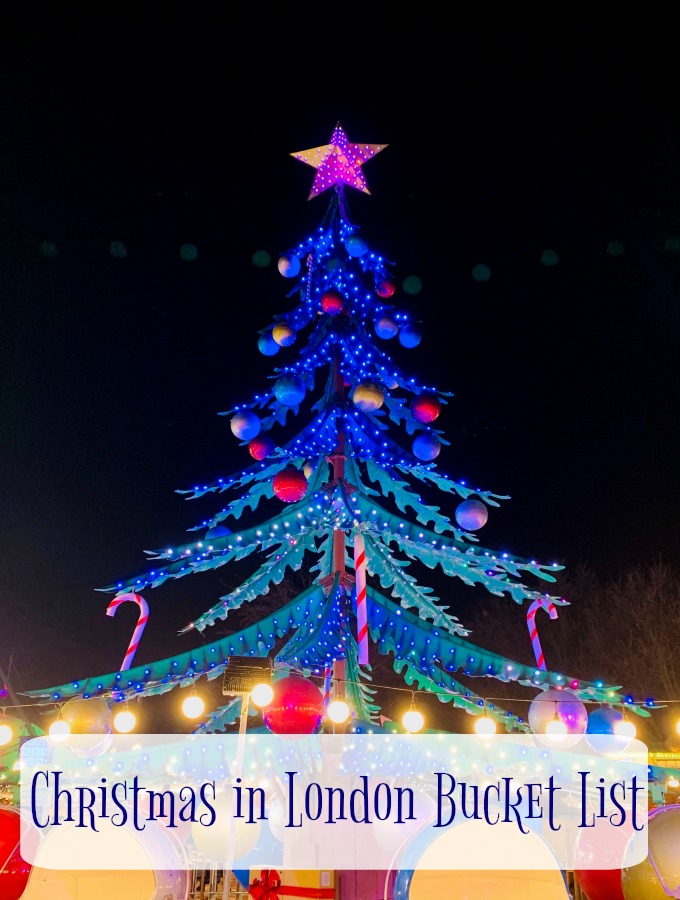